The Finnish Unions agreed in 2016 to sign up to an exceptional national Competitiveness Pact under heavy pressure from PM Sipilä’s right-wing Government. The pact added 24 hours onto annual working time and cut holiday pay for those working in the public sector by 30 per cent for three years....

The Finnish Unions agreed in 2016 to sign up to an exceptional national Competitiveness Pact under heavy pressure from PM Sipilä’s right-wing Government. The pact added 24 hours onto annual working time and cut holiday pay for those working in the public sector by 30 per cent for three years.

And a portion of the Employees’ pension insurance contribution was also transferred from employers to employees. This, in practise, led to pay cuts.

The Industrial Union already announced last October that it will not continue the extended working hours in five sectors. These cover more than 100,000 employees. In these sectors, the Industrial Union had written the extension in a separate protocol, not in the actual collective agreement.

Usually unions include the extended working hours in their collective agreements. This means that the whole agreement must now be re-negotiated.

Several unions have already indicated they want the extended hours removed or are planning to do so. Employers associations say the extension is permanent and any going back on this will not be negotiated.

Exceptional times are over

Trade Union Pro is one of the unions who are refusing to continue the existing collective agreements with an optional year due to the extra hours included.

Jorma Malinen, President of the Pro said in April that it is an unpalatable fact that despite all the measures of the national Competitiveness Pact concerning employees having been fulfilled, companies have not done their part. Investments in companies have failed to match expectations.

The Federation of Professional and Managerial Staff YTN could not reach an agreement  with employers in May to extend by, one more year, the existing collective agreements for 60 000 managerial staff in the technology industry.

“Extending working hours was an exceptional solution in exceptional times”, says Petteri Oksa, the director of collective bargaining for YTN. “The time for that is past.”

“The national Competitiveness Pact was much more than about extending working hours”, Oksa says and reminds us that the competitiveness of companies improved when the employees’ pension insurance contribution of one billion euro was transferred from employers to employees.

“The time of voluntary unpaid work is completely over.”

Read more about the topic 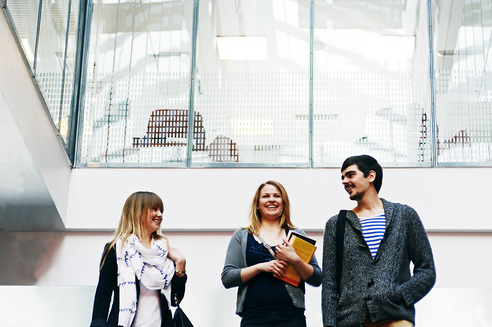 Akava – Confederation of Unions for Professional and Managerial Staff in Finland

Akava, the Confederation of Unions for Professional and Managerial Staff in Finland, is a trade union confederation for those with university, professional or other high-level education.

Social partners’ proposals to help businesses in the corona crisis

A list of proposals aimed at easing the situation of companies hit by the corona crisis has been agreed by the trade unions and employers. The organisations are jointly proposing actions for the Finnish Government to take to amend labour law and reduce the burden on businesses. Akava has approved the joint proposals.

The national labour confederations of Finland (SAK, Akava and STTK) are reopening their summer job information service today, with law student Liisa Lehtonen taking charge of the advisory service hotline this year. Lehtonen hopes that summer employees will not hesitate to get in touch if they have any concerns about...